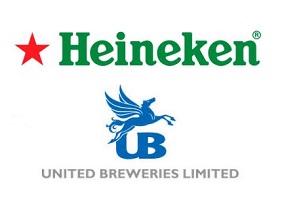 The movement comes after the acquisition of additional shares, taking its shareholding in UBL to 61.5% on 23 June 2021.

According to Heineken’s press release, India is an existing long-term growth opportunity for the company due to the emerging middle-class population in a country with a population of nearly 1.4 billion people.

Dolf van den Brink, CEO of Heineken commented: “UBL has a proud history dating back more than a century as an influential shaper of the beer industry in India. It built its position as the undisputed market leader in India with a strong network of breweries across the country and a fantastic portfolio led by its iconic Kingfisher brand family, complemented more recently by a strong HEINEKEN international brand portfolio. We are honoured to build on this legacy and look forward to working with our colleagues at UBL to continue to win in the market, delight consumers and customers and unlock future growth”.