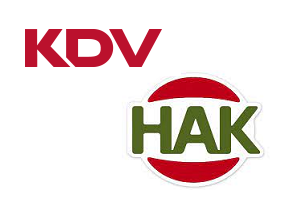 KDV Group, the Russia snacks, and confectionery firm, has agreed on a deal to become a leading shareholder in Hak, the Dutch vegetable business, by signing a preliminary purchase agreement to acquire a stake previously held by NPM Capital.

KDV Group operates 15 factories and has a workforce of more than 20,000 employees. It sells its products in 35 countries, mainly in Eastern Europe, Russia and China. The company’s principal brand is Yashkino, under which it sells a range of snack products.

Hak is reported as saying it will continue to operate independently under its new owner. Meanwhile, KDV said it would use the acquisition to expand in western Europe and increase its focus on plant-based foods.

Commenting on the deal, KDV Group founder Denis Shtengelov said: “In addition to our existing activities, we want to set up a new division that specialises in plant-based nutrition in order to optimally exploit the global trend towards a healthier and more sustainable diet”.

“For us, Hak is not just a first foothold in western Europe. It also has a strong, mission-driven strategy that is fully aligned with the new nutritional patterns and eating habits of tomorrow’s consumers”, he added.