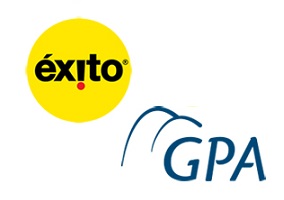 Brazilian retailer GPA SA is reportedly considering a spin off of its Colombian unit Almacenes Exito, in an operation that would deliver shares in the subsidiary to GPA shareholders, including the French Casino Guichard Perrachon, according to sources.

The transaction would be similar to the recent spin off of GPA’s cash and carry unit, Assai, and it would be part of the French group Casino strategy to simplify its structure in Latin America and to increase the value attributed to its companies in the region.

GPA currently owns more than 97% of Exito, which is listed in Colombia, with a market value of around $1.5 billion.
The company has 515 supermarkets in Colombia and employs 35,000 people, in addition to controlling subsidiaries in Uruguay and Argentina.

In response to the request for comment, the group said: “GPA reiterates that there is no discussion regarding this issue. And it reaffirms its long-term investment interest in Colombia”.

One of the sources said that GPA and Casino are handling the matter with extreme care not to alienate minority shareholders, looking for an alternative that makes investors in Exito in Colombia and GPA in Brazil comfortable.