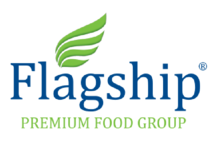 La Tortilla Factory is a family-owned manufacturer and distributor of Mexican food products such as corn, flour, tortillas, sauces, and snacks, employing 300 people in its manufacturing and distribution sites.

“As Flagship has continued to focus on premium-oriented food brands, and in particular in the Hispanic foods sector, it became clear to us that La Tortilla Factory was a perfect addition to our platform”, said Rob Holland, founding partner at CREO Capital Partners.