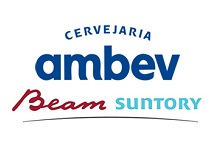 Japanese-American firm Beam Suntory, the world’s third largest manufacturer of spirits, behind Diageo and Pernod Ricard, has closed an agreement with Ambev, Brazil’s largest beer manufacturer, to distribute its portfolio in Brazil.

According to Distribuicao, from 2015 to July 2019 Beam Suntory’s portfolio was imported and sold by Bacardi, from which point Beam Suntory took over the operation in the country. In July last year, however, the firm announced an agreement with Cia Muller, owner of Cachaca 51, for the distribution of Teacher’s whiskey in states of the Midwest, South and Southeast regions of Brazil.

Since the second half of December, Ambev started selling and delivering Beam Suntory products to the states of Sao Paulo, Espirito Santo, Minas Gerais, Goias, Rio Grande do Sul, and the Northeast region. Beam Suntory, in turn, will maintain direct operations with major national and regional customers through its distribution network.

Cia Muller will continue distributing Teacher’s whiskey in the Center-South of the country, whilst Ambev will handle distribution in the Northeast.