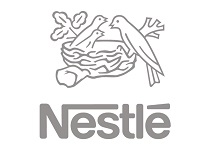 Food and drink giant Nestle has announced that it is introducing the plant-based brand Harvest Gourmet in China.

According to a company’s press release, the plant-based range includes burgers, sausages, nuggets, and mince, as well as alternatives to meals such as kung pao chicken, braised meatballs, pork belly, and spicy wok.

The new range will be produced in Tianjin, China in a new facility that is already fully operational and described as the first plant-based production site in Asia.

“We see China leading the trend towards a new generation of plant-based food in Asia, as people look for options that are good for them and good for the planet”, said Rashid Qureshi, CEO of Nestle Greater China Region.