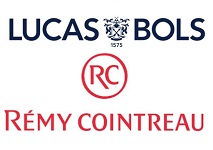 Family-owned business Remy Cointreau has announced the sale of its shares in the Passoa SAS joint venture to Lucas Bols for € 71.3 million ($86 million).

The joint venture was established in December 2016 between Lucas Bols and Remy Cointreau to operate and further develop the Passoa passionfruit-flavoured liqueur brand in France and international markets.

According to sources, Remy Cointreau was in charge of the distribution, manufacturing, trademark, and inventory of the venture, while Lucas Bols contributed its knowledge of the liqueur and cocktail business, as well as working capital.

“We are very pleased with the completion of the transaction and I would like to thank Remy Cointreau for the pleasant and constructive cooperation during the past four years,” said Huub van Doorne, CEO of Lucas Bols.