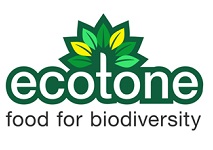 Wessanen, the European manufacturer of natural food and drinks, has announced that it is changing its name to Ecotone and relocating its headquarters from the Netherlands to Lyon, France.

As part of the rebranding exercise, the company has announced it will become a mission driven company according to French law and focus on a new goal of “food for biodiversity”.

By 2030, the company said it pledged to further grow the share of its turnover of organic products to 90% and of vegetarian products to 95%, guarantees that two thirds of its products are not based on the nine “over consumed” global commodities (e.g., wheat, rice, corn and soy), and triple the volume of strategic raw materials grown using agricultural practices exceeding organic specifications in order to increase biodiversity.

Ecotone CEO Christophe Barnouin said: “For more than 30 years we have chosen organic and vegetarian food as our main pillars. Becoming Ecotone gives us the opportunity to further strengthen the focus on our mission ‘Food for biodiversity’ and make it a visible commitment every day”.

The firm owns food and beverage brands such as Bjorg, Clipper Teas, Allos, and Isola Bio.