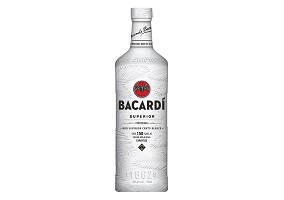 Bacardi has announced plans to launch a 100% biodegradable spirits bottle to replace its existing packaging made from petroleum-based plastics.

The new “eco-friendly spirit bottle” is designed to replace the 80 million plastic bottles –  equivalent to 3,000 tons of plastic – currently produced by the company each year.

According to Bacardi, the new bottle will be made possible through a partnership with Danimer Scientific, a leading developer and manufacturer of biodegradable products. The new bottle will be made of Danimer Scientific’s Nodax PHA, a biopolymer that derives from the natural oils of plant seeds such as palm, rapeseed, and soy and which is claimed to biodegrade in different environments, without leaving any harmful microplastics, in 18 months.

The new bottle is planned to hit shelves by 2023.