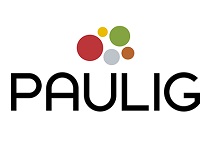 Finland-based food company Paulig has announced plans to invest €45 million ($54 million) in the construction of a new facility to produce “tex mex” products in Belgium.

Founded in 1876 in Helsinki, Paulig is decribed as a family-owned producer of coffee, snacks, plant-based products, and spices, with operations in 13 countries.

The new plant will be built in Roeselare, Belgium, next to two other Paulig factories, and will mainly produce tortillas. It is expected to be operating by spring 2022.

According to the company, the investment is line with the company’s strategy to “strengthen its position as a market leader of Tex Mex in Europe” and “increase the company’s innovation capabilities”.

Rolf Ladau, CEO of Paulig, said: “This investment marks an important step in the execution of our international growth strategy. It is the biggest investment Paulig has made outside Finland and will strengthen our leading position in the Tex Mex category in Europe”.