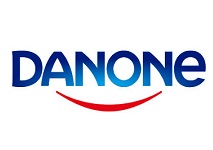 Ludovic Reysset, CEO of Danone Portugal, said: “The yoghurt category suffered in Portugal because it is considered a snack and, as a general rule, it is more used at work, or on-the-go”.

Three weeks ago, the company launched Pastel de Nata (Custard Tart) flavoured yoghurt, “This product is having so much demand that we run out of stock. Every day we have to increase production. It is an exclusive flavour in Portugal, and it is working very well”, added Reysset.

Danone Portugal said that “is already recovering” and that “it’s necessary to change the paradigm, bet on innovation, products with less sugar and healthier”.