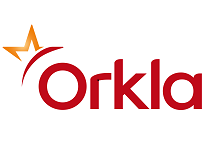 Orkla, the Scandinavian consumer goods giant, has announced the sale of Vestlandslefsa, its potato flatbread brand to Baxt Lierne a Norwegian bakery company subsidiary of Skagerrak-Holding AS.

According to sources, this sale is part of Orkla’s plans to restructure its portfolio and focus on its pizza production at its factory in Stranda, Norway.

In addition to the Vestlandslefsa brand, the deal includes recipes, production equipment, and the Li-Klenning trademark.

Paul Jordahl, the chief executive of the Orkla Foods Norway, said: “The sale is part of Orkla’s strategy to concentrate resources on our priority growth areas. Vestlandslefsa has a long history and is a favourite of many Norwegian consumers. We are glad that the business will be continued in the Baxt group”.