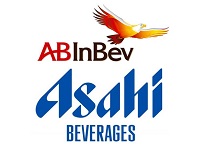 AB InBev, the giant brewer,  has completed the sale of Carlton & United Breweries (CUB), its Australian subsidiary, to Asahi Group for approximately $11 billion.

With this acquisition, Asahi Group will have the rights to commercialise AB InBev’s international brands in Australia. According to sources, the proceeds from this deal will be used to pay down AB InBev’s debt.

Carlos Brito, CEO of AB InBev, said: “Despite the challenging environment, our colleagues working on this transaction showed great dedication and remained focused on delivering to its completion. I would like to thank them and also the CUB team for their continued commitment and resilience”.

Peter Margin, Chairman of Asahi Beverages, said: “The acquisition of CUB will mean that Asahi Beverages is able to offer customers and consumers an even broader range of great tasting beverages with the addition of some of Australia’s most popular and well-loved beer brands”.