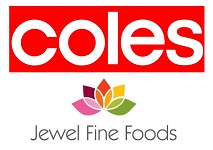 Coles, the leading Australian retailer, has announced the acquisition of Jewel Fine Foods, following approval from the Australian Competition and Consumer Commission (ACCC).

Based in New South Wales, Australia, Jewel Fine Foods started in 1997 as a restaurant. Today, it is one of the largest manufacturers of chilled meals in Australia, supplying private and branded label products to Aldi, Costco, Woolworths, and Metcash.

After a potential merger between Jewel Fine Foods and B&J City Kitchen was opposed by the ACCC on the grounds it was likely to substantially lessen competition, a deal with Coles was sealed to prevent the business going into liquidation.