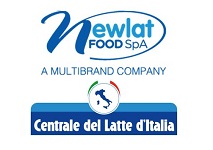 Italian food group Newlat has announced that it intends to buy a majority stake in Centrale del Latte d’Italia, an Italian-based dairy group.

Newlat, a producer of pasta, bakery products, and baby food and the company behind brands such as Buitoni and Gudo said the acquisition would boost its revenue to €500 million (US$533 million).

Newlat chief executive Giuseppe Mastrolia said: “The strategic rational is combining the two companies’ production capacity to become one of the leaders for dairy production in Italy”.