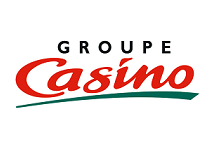 French-based retailer Casino Group has announced the agreement to sell 567 Leader Price stores and 3 warehouses to Aldi in France for an enterprise value of €735 million ($787 million).

The sale is said to be in line with Casino Group’s strategy to reduce debt and improve its financial situation, reportedly amid fierce competition between French domestic retailers.

According to the company, the agreement will see the transferred Leader Price stores operate under the Aldi banner and will benefit from the commercial dynamics of Aldi France.

The French group will remain the owner of the Leader PRice brand, in France and internationally, under conditions agreed with Aldi.

The sale is subject to the authorisation of the French competition authorities.