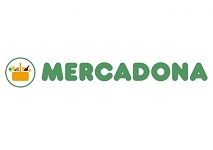 Mercadona, the Spain-based supermarket chain, has announced its intention to invest €1.8 billion in 2020 on a “transformation plan”.

With a supermarket network of 1,636 stores and a workforce of 90,000, Mercadona had total revenue of €623 million in 2019, when it opened its first international store in Portugal.

Juan Roig, president of Mercadona, said: “In 2019, we have continued to consolidate the brutal transformation in which Mercadona is immersed, reaching a historic milestone for all of us who form the company, our internationalization in Portugal last July,” he added, “All of us who are part of Mercadona have also set ourselves a clear challenge for 2020: Say Yes to take more care of the Planet”.