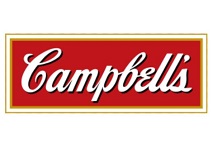 Campbell Soup, the leading US food manufacturer, is continuing its divestiture program with the sale of the Arnott’s business and its remaining Campbell International operations to KKR, a global investment firm, for $2.2 billion.

Arnott’s was acquired in 1997 by Campbell and has operations centres in Western Sydney, Brisbane and Adelaide in Australi, as well as Bekasi in Indonesia. The Campbell International division also includes Campbell Soup’s “simple meals” business in Australia, Malaysia, Hong Kong and Japan.

Commenting on the sale, Campbell’s Soup president and CEO Mark Clouse said: “This was a thorough and complex process in which we considered many options. Our approach has resulted in agreements that we believe generate the greatest value from our international assets. By applying almost $3 billion of divestiture net proceeds to reduce debt, Campbell’s balance sheet will be stronger and capable of supporting our plan to grow our focused and differentiated portfolio”.

Combined with the previously disclosed sale of Kelsen Group, Campbell Soup said it had now announced the divestment of its entire Campbell International division for an aggregate price of $2.5 billion.

The deal is expected to be completed by 2020.