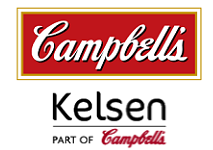 Campbell Soup, the leading US food manufacturer, has announced it has signed a definitive agreement to sell the Kelsen Group, a biscuit company that is part of the Campbell International business. to a Ferrero affiliated firm for $300 million.

The company said the deal would enable it to reduce its debt burden, adding that the process is now underway to divest the remainder of Campbell International, including the Arnott’s biscuit brand.

Based in Norre Snede, Denmark, Kelsen is a producer of baked snacks whose primary brands include Kjeldsens and Royal Dansk. Kelsen had net sales of approximately $157 million in the latest 12 months and employs around 400 staff.

Commenting on the sale, Campbell Soup president and CEO Mark Clouse said: “The sale of Kelsen Group supports our strategy to focus on North America where we have iconic brands and strong market positions, while reducing debt. Throughout the divestiture process, we have considered many options for our valuable international assets. Selling Kelsen separately from the rest of our international business generates the greatest possible value for Campbell. We are committed to the divestiture of the remainder of our international operations and will remain disciplined as we move forward”.