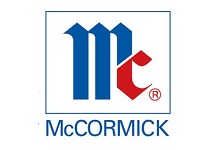 McCormick, a US manufacturer of spices, herbs, and flavourings for retail, commercial, and industrial markets has signed an agreement to buy the food division of Reckitt Benckiser (RB), the British multinational consumer goods company, for $4.2 billion.

“RB Foods’ focus on creating products with simple, high-quality ingredients makes it a perfect match for McCormick as we continue to capitalize on the growing consumer interest in healthy, flavorful eating,” commented Lawrence E. Kurzius, chairman, president and chief executive officer of McCormick.

Through the acquisition, McCormick said it expected to achieve “meaningful accretion to its margins”, increase growth through the expansion of its portfolio with the addition of brands as French’s and Frank’s RedHot, and “achieve cost synergies of approximately $50 million, the majority of which will be achieved by 2020”, according to a company statement.

Speculation that Reckitt Benckiser would divest its food business emerged in April, when the company was finalising its acquisition of baby food maker Mead Johnson Nutrition.

The transaction is expected to be completed in the third or fourth quarter of McCormick’s fiscal 2017, pending regulatory approval.