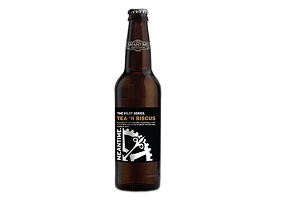 Meantime Brewing Company, part of the Asahi group, has launched a new ‘saison’ beer made with hibiscus flowers, according to a report in FoodBev.

Reportedly called Tea ‘N Biscus, the beer is described as a traditional ‘saison’ with fruity aromas, a touch of spice and a dry finish, due to the saison fermentation method. Hibiscus flowers, normally used for tea, are added during the process so that the beer has a “vibrant red colour, intense fruity flavours and perfectly tart finish”.

The 4.5% abv beer is part of The Pilot Series, described as a range of “uber-exclusive” limited edition beers, and it can be found in a select number of outlets in London.

The launch is the first of its kind since Asahi acquired Meantime from SABMiller last October, as a result of the latter’s takeover by AB InBev.