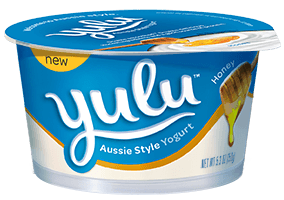 WhiteWave Foods has launched Yulu, an new yogurt brand claimed to be similar in style to Australian-style products.

Said to be positioned as an alternative to Greek and Greek-style yoghurt, White Wave Yulu is described as an “Aussie-Style Yoghurt”. Featuring a double-blending process called“Double Smoothe”, claimed to create an extra creamy texture, it is also said to contain nine grams of protein per pot.

Commenting on the launch, Blaine McPeak, president of WhiteWave’s America’s Food and Beverage business unit, said: “This brand adds additional scale to our yogurt facility and will have a similar focused roll-out as our Silk yogurt launch”.

The five varieties – Blueberry, Honey, Raspberry,Strawberry and Vanilla Bean – are available across the USA at a suggested retail price of $1.69 for a 5.3oz pot.