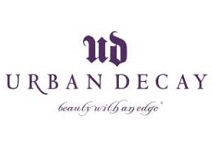 US cosmetics company Urban Decay is reportedly to open its first retail store in Newport, Connecticut in early November.

According to Cosmetics Business, the location close to the company’s headquarters is 1000 sq ft in size and will feature make-up stations, a customised foyer, digital video wall and a bathroom wallpapered with pictures of the employees’ dogs.

Along with selling its usual range  – already available in chains such as Sephora and Ulta – Urban Decay will be selling a wider variety of colours of its eye shadows and foundations.

Tim Warner, the company’s CEO, commented that the firm’s decision to open dedicated stores was based on international expansion plans. While, in the US, department store locations are widely available, in some overseas locations this space as at a premium and freestanding stores are more the norm, he said.