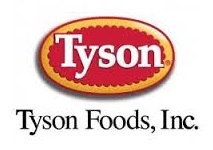 US meat processor Tyson Foods has announced an expansion of its manufacturing capability with investment in new and existing facilities in Arkensas and North Carolina.

In Green Forest, Arkensas, the firm has broken ground on a $136 million, 200,000 sq ft poultry processing plant next to an existing factory at the site. The new plant is said to include additional production lines and equipment to increase capacity and efficiency, meaning that goods already produced at the site do not need to be transported elsewhere for further processing. Described by Tyson’s president of poultry Noel White as “the first new plant construction project Tyson Foods has proposed to build in a number of years”, the new facility is set to lead to the creation of 85 jobs.