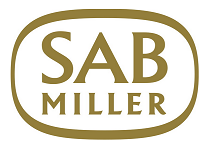 Beer producer SABMiller, the world’s second largest brewer behind AB InBev, has revealed modest volume growth for the third quarter but the performance was behind many analyst forecasts, Reuters reports.

Volumes were up 2% and revenue climbed 4% in the three months to December 31st, and soft drink volumes rose 7%. However lager volumes were up only 1%, behind the 1.4% predicted by Citi and the 3% increase predicted by Morgan Stanley. “SABMiller’s Q3 trading statement was beneath market expectations at lager volume level, despite some useful emerging markets volume growth,” industry analysts are quoted as saying. While lager volumes were up 6% in Africa, 2% in Latin America and 13% in China, they fell back in the established markets of Europe, Australia and North America.

SABMiller also reported that currency depreciation had affected its overall earnings, with most notably the South African rand, the Australian dollar, Peruvian nuevo sol and the Colombian peso falling against the US dollar.

According to Reuters, shares in the company were down 1.4% following the release of the financials.