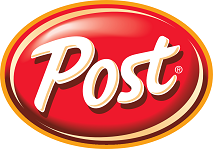 Post, the US cereal firm, is to expand its presence in western USA with the construction of a new 901,000 sq ft, $50 million facility in Salt Lake City, UT.

According to a report in The Enterprise, the new plant at California Avenue and 5600 West will employ nearly 100 people in manufacturing and distribution roles.

Post, which is described as the third-largest cereal firm in the US, has an existing  manufacturing facility in Utah located in Tremonton, Box Elder County, which opened in 2003. It produces several varieties of Malt-O-Meal cereal and has about 200 employees. The firm has further production sites in Michigan, Minnesota, North Carolina, Arkansas and Iowa as well as in Ontario, Canada.

Commenting on the move, Post director of corporate communications Linda Fisher said: “We are excited to be partnering with Freeport West and Salt Lake City as one of the first major developments near the Northwest Quadrant of the city. This area truly represents the ‘Crossroads of the West,’ opening up great distribution opportunities for our company, coupled with a first-class quality of life to our employees”.