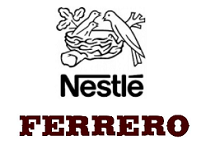 FMCG multinational Nestle has announced that it has reached an agreement to sell its US confectionery unit to the Italian firm Ferrero for $2.8 billion.

The Swiss giant first announced it was conducting a “strategic review” of its confectionery operations in the second quarter of 2017. Since then, the firm has been seeking to refocus its M&A activity on the health & wellness space, as well as high-growth segments such as craft coffee.

Commenting on the deal, which is expected to close in the first quarter of 2018, Nestle CEO Mark Schneider said: “With Ferrero we have found an exceptional home for our U.S. confectionery business where it will thrive. At the same time, this move allows Nestlé to invest and innovate across a range of categories where we see strong future growth and hold leadership positions, such as pet care, bottled water, coffee, frozen meals and infant nutrition”.

Nestle’s US confectionery business primarily includes local chocolate brands such as Butterfinger, BabyRuth, 100Grand, SkinnyCow, Raisinets, Chunky, OhHenry! and SnoCaps, as well as local sugar confectionery brands such as SweeTarts, LaffyTaffy, Nerds, FunDip, PixyStix, Gobstopper, BottleCaps, Spree and Runts. In 2016, Nestle generated around 900 million CHF ($923 million) of revenue from its confectionery brands in the US, representing 3% of the company’s total sales in the country.