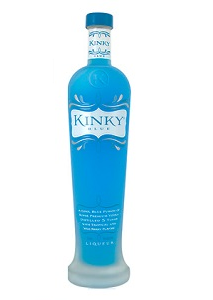 Crosby Lake Spirits has announced that it is set to launch new “super premium” distilled premium vodka Kinky Blue across the USA.

Crosby Lake Spirits originally launched Kinky vodka in 2011 in a mango, blood orange and passion fruit flavour, a product it claims has proved a success with consumers.

The new Kinky Blue variety, which is described as having a tropical and wild berry flavour, will be supported with an advertising campaign across print and social media platforms. The launch is planned in time for Valentine’s Day.

“We’re thrilled that Kinky Blue is now available in all 50 states. No other drink is this fun and flirty, and can be enjoyed for a variety of occasions,” stated Kinky marketing manager, Jessica Reckinger.

Kinky Blue has 17 % abv and can be served over ice, but is also recommended as a speciality cocktail.