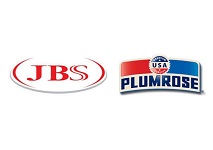 JBS USA, a subsidiary of the Brazilian meat-packer and food processor JBS, has agreed to acquired Plumrose USA, a US based ham and deli meat business, for $230 million from Danish Crown, a leading pork exporter and processor.

The new acquisition is described as part of JBS’ global strategy of expansion which started in 2013 with the acquisition of several meat and poultry prepared food business in Brazil, Australia, New Zealand, the United Kingdom and the United States.

The deal is expected to close in the second half of the year, subject to regulatory review and US antitrust approval.