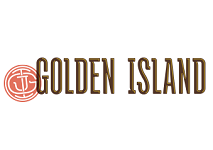 A factory in Rancho Cucamonga, CA, USA that manufactured products under the Golden Island Jerky brand is set to close following the sale of the company to meat snacks firm Jack Links, according to a report in the Orange County Register.

The decision to close the factory was announced in December, and Jack Links has now confirmed it intends to absorb production of Golden Island Jerky into its four existing factories elsewhere in the USA.

The firm added that it intended to retain the same specific cooking and marination process traditionally used for Golden Island Jerky, which features Asian flavors and is described as being flame-grilled in small batches.

Tyson Foods was the previous owner of the company, having acquired it as part of its purchase of Hillshire Farms in 2014.