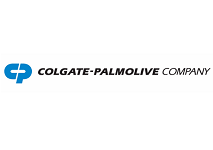 Colgate Palmolive reports that net sales have increased for FY2013, boosted by performance in Latin America.

Sales in Latin America – representing 29% of Colgate’s business – were up, with organic sales in Venezuela, Brazil, Mexico and Colombia seeing a 12.5% increase during the fourth quarter. The company gained market share in the toothpaste market while overall regional growth was aided by sales of toothpaste, toothbrush, and mouthwash products including 360° Luminous White, Total Professional Gum Health, and Plax Fresh Tea.

Sales for the fourth quarter in 2013 rose to $4,361 million, a 2% increase compared to Q4 2012. Meanwhile net income rose by 4% on the previous year totalling $697m, while there was also a rise in global unit volume which increased to 6.5% excluding foreign exchange, acquisitions and divestments.