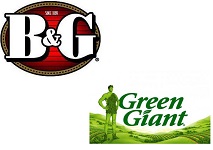 B&G Foods, a snack company which sells across the United States, Canada and Puerto Rico, is reportedly just one step away from acquiring the Green Giant frozen and canned vegetable business from General Mills.

According to sources quoted by Reuters, B&G is in late stage discussions but General Mills could yet turn to other interested parties should negotiations fall through. Bonduelle, Cerberus and Platinum Equity are all said to have made offers for Green Giant.

A deal from one of these various parties could value Green Giant, which has roughly $700 million in sales, at between $600 million and $800 million, according to the sources.

In May, with acquisitions in mind, B&G announced a secondary offering to raise approximately $125 million. Two months later, it bought pizza crust producer Spartan Foods of America for $50 million.

If B&G prevails in the auction for Green Giant, it would expand beyond shelf-stable snack food into the frozen food aisle.