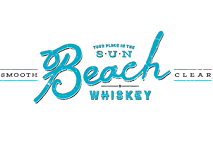 US spirit maker Beach Whiskey has bought American Harvest organic vodka from import firm Sidney Frank, according to a report in FoodBev. Financial details were not disclosed.

American Harvest vodka is described as being handcrafted in small batches from American wheat and distilled with certified organic ingredients. It is further described as a smooth spirit with a crisp, clean & slightly sweet hint of real agave.

Commenting on the move, Beach Whiskey CEO Smoke Wallin said: “Organic and craft spirits have shown significant growth over the past five years, and Double Gold Medal-winner American Harvest has already shown its ability to stand apart from other super-premium vodkas”.

The 40% abv organic vodka will reportedly now return to shelves across the USA with an expected retail price of $24.99 per 750ml bottle.