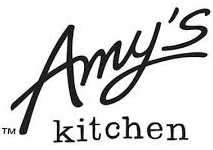 Amy’s Kitchen, a maker of vegetarian foods based in Santa Rosa, CA, is set to open a new production facility in Goshen, NY, according to reports in Veg News and North Bay Business Journal.

The current plans are for a 389,000 sq ft “environmentally efficient” facility that will create up to 680 jobs. It will produce items such as vegan pizzas, burritos, and pasta products, Veg News said.

“We are delighted to be in Goshen for the long-term and to contribute to the local economy, both through the jobs we provide, as well as by helping further develop the organic farming industry on the East Coast of the US”, said Amy’s Kitchen president Xavier Unkovic.

The North Bay Business Journal reports that 60% of Amy’s Kitchen’s domestic sales comes from the eastern US, meaning a new facility on the East Coast represented a good opportunity.