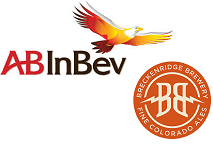 AB-InBev, the world’s leading brewer, has signed a deal for the acquisition of Breckenridge Brewery, according to a report in Fortune.

The acquisition is AB-InBev’s latest investment in the craft beer segment in a matter of days, with the company having secured the purchase of UK-based Camdem Town Brewery and Arizona’s Four Peaks Brewing within the space of a week.

Breckenridge Brewery is one of the largest of AB-InBev’s craft acquisitions, Fortune reports, ranking 50th on the Brewers Association’s list of the 50 largest US craft brewers in 2014 and with volume sales expected to reach about 70,000 barrels in 2015. The company produces a broad portfolio of beers, brewing varieties such as vanilla porter and agave wheat.