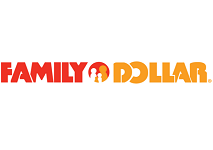 Several hundred Family Dollar stores – divested as part of the chain’s merger with Dollar Tree – are to be revamped under the banner of Dollar Express, according to a report in Supermarket News, quoting a source at investment banking firm Jefferies.

According to the news agency’s source, Dollar Tree would continue to support the stores for two years before the name change came into effect.

A total of 330 Family Dollar stores were sold off to New York-based private-equity firm Sycamore Partners as part of the merger deal that was first announced in August of last year.

Dollar Tree added that the focus for the remaining Family Dollar stores would be on making improvements to product ranges and customer experience, more so than on price, according to a Dollar Tree executive cited by the Supermarket News source.