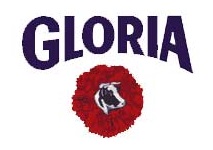 Gloria Group, Peru’s leading player in milk and dairy products, has announced the closing of its subsidiary Ecolat Uruguay S.A.

The Uruguayan company, which was acquired by the Peruvian conglomerate in 2012, was the second biggest exporter of dairy products in the country and employed 400 people.

According to reports,  the viability of the plant had been affected by the adverse financial climate, with the price of milk powder decreasing from $ 4,990 per tonne in 2013 to $ 2,800 per tonne in December 2014. Meanwhile another challenge for the Ecolat operation was the recent purchase of Indulacsa by Lactalis, the French company that owns the Parmalat brand which Ecolat used under license to market their products in Uruguay.

Gloria Group said it would now focus its resources and investment on the other 20 companies it owns in five countries across Latin America.