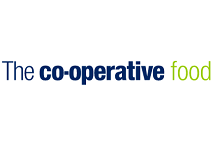 UK supermarket and convenience store chain The Co-operative plans has announced plans to open up to 100 new stores in in 2016, according to a report in Talking Retail.

The retailer is said to have already spent more than £8 million ($11 million) on 12 new store openings in areas such as Blackpool, Glasgow, Newhaven and North London since the start of 2016.

Commenting on the plans, Co-operative head of acquisitions and new store development Rob Bignold said: “Our new store programme is really starting to gain momentum now. We plan to open another 100 shops this year, a target which is unrivalled by any other UK retailer. The sheer size of our ambition is making the industry sit up and take notice of us, which is fantastic to see”.

The firm said that during April period it planned to open three new stores in Inverary in Scotland and St. Helens and Iver in England.