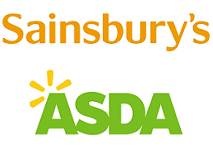 Sainsbury and Asda, the two UK retail giants, have announced they have decided to call off their proposed merger after the move was blocked by the UK’s competition watchdog.

The BBC reports that the Competition and Markets Authority was concerned the deal would lead to price rises and longer checkout queues.

Asda and Sainsbury announced their intention to merge almost exactly a year ago, in a move that would have created the UK’s largest grocery retailer.

Commenting on the decision, Asda CEO Roger Burnley said: “Asda’s DNA is delivering low prices for hard working families and that will never change. We were right to explore the potential merger with Sainsbury’s, which would have delivered great benefits for customers and supported the long term, sustainable success of our business. We’re disappointed with their findings but will continue to find ways to put money back into customer’s pockets and deliver great quality and service in an ever changing and demanding market”.