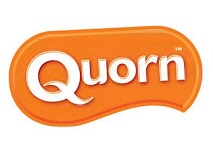 Quorn Foods, an international meat substitute company, has announced plans to invest £150 million ($196 million) over the next five years in a new facility in Billingham, Teesside, UK.

The meat-free company, which grew 15% in the first half of the year reportedly as a result of increased takeup of low meat diets, said it planned to create 300 new jobs.

Kevin Brennan, chief executive of Quorn Foods commented: “The UK business is still a business with incredibly strong growth. But equally we know that our category is growing everywhere in the world that if Europe gets less attractive, we can divert our growth to other places”.