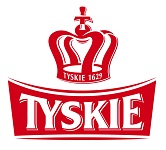 According to Puls Biznesu and the Daily Mail, the Polish beer brand Tyskie has increased its presence in the UK and now ranks 10th on the list of most sold “world beers”.

Sales in beer in Britain increased in value by 3% last year, up to £3 billion ($5 billion), with “world beer” sales increasing by 21.3% over the same period. Number one on the list is the French Kronenbourg 1664, followed by Beck’s from Germany and San Miguel from Spain.

The spike in popularity of Tyskie has been attributed not only to Polish emigrants, but also to the increase in consumers drinking at home as a result of the economic downturn.

Andrew Highcock, the CEO of Kompania Piwowarska which manufactures Tyskie, stated that its sister company in the UK saw great potential in the brand, sales of which are outperforming the rest of the beer market.

Meanwhile Tim Clay, sales director at SABMiller which owns the Tyskie brand, commented: “Retailers should aim to have a selection of world beers available alongside their mainstream and everyday premium lager to encourage consumers to trade up”.