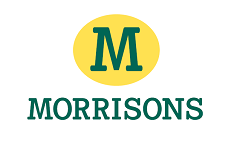 BBC News reports that supermarket chain Morrisons has recorded a loss of £176 million ($292 million) for the year to the end of February which is a decrease in profit of £879 million ($1,458 million) compared to the previous year. While the loss can largely be explained by a one-off writedown of £903 million ($1,499 million) due to property and IT costs, as well as the poor performance of Kiddicare, the baby products business it acquired in 2011, the group also suffered a 2% year-on-year decline in revenue.

The BBC went on to say that the supermarket chain is set to restructure and target the market between discounters and the other major supermarkets such as Asda, Tesco and Sainsbury’s.

Meanwhile The Telegraph reports that Morrisons will invest £1 bilion ($1,660 million) by reducing prices and improving its product range over the next three years, which will include £300 million ($498 million) in 2014.

Chief executive of Morrisons, Dalton Phillips, commented that “The strategy we are announcing today is a bold and comprehensive response to the fundamental structural changes that are taking place in grocery retail. We are significantly reducing our cost base and will invest to improve our value even further and to defend and strengthen our competitive position. Customers will see this in our stores as well as in our fast growing online and convenience offers.”

He further added that he was “confident that Morrisons will emerge from this period of necessary change as a more focused, more distinctive value leader and well positioned to compete sustainably in the new grocery landscape.”