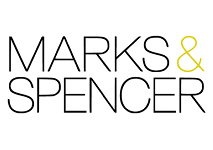 UK-based department store and grocery operator Marks & Spencer (M&S) will be the first major retailer to add vitamin D to its entire packaged bread range, according to reports in the BBC and the Telegraph.

The bread will reportedly be made using yeast thas has been exposed to UV light in order to raise the vitamin D content. The product was developed after an M&S survey found that consumers were concerned about their daily vitamin intake, with 78% saying they would welcome the availability of more vitamin-enriched products.

Speaking to the Telegraph, Claire Hughes, M&S head of nutrition, said: “We want to make it as easy as possible for our customers to increase their intake. By adding it to something as simple as bread it means customers don’t have to change their usual diet to get an additional top up of this vital vitamin”.

The company said that 2 slices of its reformulated bread would provide 15% of the daily requirement of vitamin D.