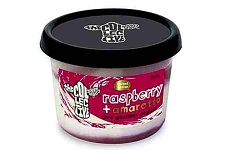 Gourmet Yoghurt is set to add an alcohol-enhanced variety – flavoured with amaretto – to its “The Collective” range of yoghurts in the UK.

The limited edition Raspberry and Amaretto flavour, described as containing a base layer of raspberry compote along with Italian liqueur and thick creamy yoghurt, will hit shelves in January 2014. Gourmet Yoghurt recommends that the product be eaten as a dessert, but it is also promoted as a late night treat or for brunch. The Collective range is said to be made using British West country milk and to be free from artificial colours, flavours and preservatives.

The new Raspberry and Amaretto flavour will be listed in Waitrose, Tesco, Sainsburys, Ocado, Wholefoods, Booths and Nisa with a recommended price of £2.39 for 500g pot.