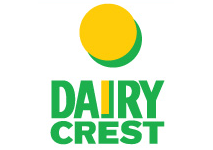 Milk, butter and cheese producer Dairy Crest has announced that it is to shut two of its UK facilities in a bid to cut costs.

The company said that it had started consultation with employees and their representatives regarding the closure of its glass bottling dairy in Hanworth, West London and a specialist cream potting facility in Chard, Somerset.  In a statement, the company cited a change in consumer buying habits as leading to the proposed Hanworth closure, saying that the proportion of milk put into glass bottles had fallen from 94% in 1975 to just 4% in 2012.

It also stated that, at Chard, the business had considered many options to improve the economic viability of the site, where around 60 people are employed, but without success.

Dairy Crest Chief Executive Mark Allen commented: “The decisions to consult on the closure of our Hanworth and Chard sites have not been taken lightly, but they are right for the long term future of the business as a whole.  We will do all we can to help employees who may be affected by these proposals”.