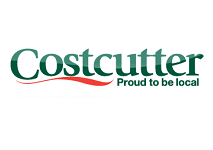 UK discount retailer Costcutter has confirmed that the roll-out of its private label range remains on-track, despite initial “teething issues” related to its switching of suppliers.

Costcutter’s private label range was launched earlier this year and already includes 250 SKUs. Senior buyer Alex Critcheley reported that its ready meals range, launched at the beginning of 2014, was selling well, and that 12 more products were due to be added soon. Fresh fruit and vegetables had been the most recent addition to the portfolio and meat products were on course to follow shortly.

The company has also announced that 250 new items would be rolled over the course of the summer, with a further 750 due for launch by the end of the year.

It also admitted that the switchover in suppliers – from Nisa to Palmer and Harvey – was progressing well, despite some initial problems.

Company CEO Darcy Wilson –Rymer, speaking earlier in the month, commented:“We’re just weeks away from starting the migration. Despite one or two teething issues, we’re on schedule.”

“With any transformation on this sort of scale, there will be some things you thought would go well that don’t, and some you thought would be issues that actually go OK. We quickly identified them, worked through the issues, and fixed them. We’re on track to deliver.”