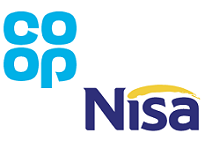 Co-operative, the UK retail group, has entered into exclusive talks to acquire the convenience store chain Nisa, according to a BBC report.

“We can confirm that we’ve entered into a period of exclusivity with Nisa, which will provide the opportunity for us to carry out more detailed due diligence in the coming weeks”, a Co-operative spokesman is quoted as saying.

The ethically-oriented firm is reported to have superseded rival Sainsbury as the frontrunner in the race, with a bid of £140 million ($181 million) mooted. Sainsbury itself is said to have rowed back on an initial approach over potential anti-trust concerns

Any deal between Nisa and Co-operative would need to be approved by 70% of Nisa’s 1,300 shopkeeper members, who would continue to operate stores in the event of the sale, with Cooperative taking over the buying and distributing of goods.

According to the Guardian, Co-operative already runs its own convenience store chain as well as acting as a wholesaler to a number of regional co-operatives.