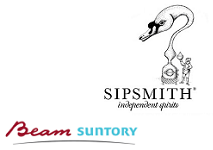 Spirits giant Beam Suntory has announced that it has acquired a controlling stake in UK spirits firm Sipsmith Gin for an undisclosed amount, with the deal expected to be completed in January 2017.

Iin a press release, Beam Suntory said it aimed to pursue export plans for Simpsmith through leveraging Beam Suntory’s global routes to market while maintaining Sipsmith operations in London, continued by its founders.

Beam Suntory was the product of the merger between US whisky maker Beam and Japanese drinks giant Suntory in 2014. Currently the company is said to be the third largest premium spirits company in the world, with brands including Jim Bean, Yamazaki and Courvoisier.

Beam Suntory CEO Matt Shattock said: “We really admire what [Sipsmith has] accomplished, and we’re very excited to team up with them to maximize the global potential of Sipsmith.  Sipsmith’s pioneering spirit and Beam Suntory’s strong routes to market around the world are a winning combination”.