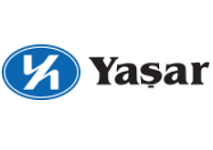 Yasar, the Turkish firm behind the Pinar brand, is to set up a dairy plant in the Khalifa Industrial Zone in Abu Dhabi, UAE with an initial investment of approximately $27 million, according to a report in Arabian Business.

The plant, reportedly the first processed cheese factory to be established in the UAE, will act as a manufacturing hub for Yasar in the MENA region.

Commenting on the move, Arda Cenk Tokbas, founding managing director of Yasar’s UAE subsidiary HDF and Hadaf Foods Industries, said: “We are delighted to announce our first factory in the GCC officially open in the UAE’s capital. This makes us also extremely proud that our state-of-the-art factory is the first processed cheese plant of the UAE”.

The facility will have an initial capacity of about 30,000 tonnes per year, rising to 60,000 over the next two years. All the goods produced will primarily be sold in the Middle East and North Africa, alongside several new potential markets, Arabian Business reports.

Having established its Pinar plant, Yasar said it was now also looking at opportunities for further manufacturing facilities in the Middle East.