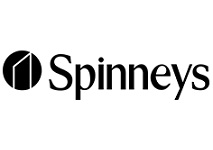 Spinneys, the Middle East grocery retailer, has announced plans to significantly expand its store presence in the UAE, with a new outlet just opened and eight more in the pipeline for 2019.

Measuring more than 14,000 square foot in size, the firm’s newly-opened Ajman store is described as Spinneys’ second largest outlet in the UAE.

Commenting on the expansion, Spinneys general manager Morne Fourie said: “With our continued focus on expansion throughout 2019, opening our second store in Ajman reinforces Spinneys’ footprint across the emirate”.

Spinneys has been involved in grocery retail since 1962 and has grown to become one of the largest supermarket chains in the UAE, currently operating 61 stores across the country.